All children in the world have rights.

The UN Convention on the Rights of the Child and Adolescence adopted in 1989 sets out for the first time, in a legally binding instrument,
the fundamental rights that must be recognized and guaranteed for all children of the world.

What is advocacy?  From our perspective, it is about promoting change in policies or programs so that they benefit those in society who are traditionally marginalized.  Advocacy is about speaking up, drawing a community’s attention to an important issue, and directing decision makers toward a solution.  It embraces various activities undertaken to gain access to and influence decision-makers on matters of importance to a particular group – in our case – children.  Advocacy is the process of people participating in decision-making processes which affect their lives.

FMSI is an organization in special consultative status with UN Economic and Social Council (ECOSOC) since 2011. This gives us the opportunity to participate in relevant UN conferences, meetings and working groups dealing with child rights.

FMSI has an office in Geneva, Switzerland, home of the United Nations Human Rights Council.

By sharing the expertise of an international Marist network, FMSI is able to engage in discussions and decisions on standards and international agreements dealing with the human rights of children and young people.

We offer training programs in child rights, UN mechanisms and UN procedures to encourage our colleagues to become aware of and actively engaged in efforts to help improve the quality of life for children around the world. 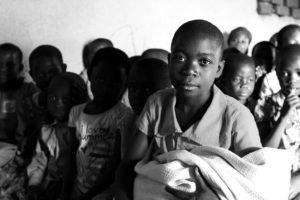 At the heart of the United Nations monitoring system are three types of human rights monitoring mechanisms. FMSI uses these mechanisms as opportunities to advocate for the rights of children in countries where there is a Marist presence.

One of these monitoring mechanisms is the Universal Periodic Review (UPR), established in 2006. The UPR is a unique process which involves a review of the human rights records of all 193 UN Member States once every four years. It is a State-driven process, under the auspices of the Human Rights Council, which provides the opportunity for each State to declare what actions they have taken to improve the human rights situations in their countries and to fulfill their human rights obligations. It is a cooperative process which reviews the human rights records of every country. Currently, no other universal mechanism of this kind exists.

Another mechanism is that of specific committees formally established to monitor international human rights treaties. They are called “treaty bodies“. There are ten treaty bodies that monitor each of the ten core treaties (i.e. conventions) of the UN.  There is a treaty body for the Convention on the Rights of the Child.

The third monitoring mechanism is an independent system of fact-finding outside the treaty framework, which is referred to as “Special Procedures“.  Independent experts are appointed by the UN and report in their capacity as ‘special rapporteurs’ on their particular charter, which can be to oversee the implementation of human rights in a particular country or on a thematic issue. FMSI has collaborated with the Special Representative of the Secretary General on Violence against Children.

FMSI welcomes the opportunity to work with people in their own country to prepare submissions to the UN Human Rights monitoring mechanisms, especially the Universal Periodic Review and the Committee on the Rights of the Child (CRC Treaty Body). FMSI has presented reports on the situation of human rights in more than 30 countries.

Contact fmsi@fms.it for more information on how to become involved.

Realizing that many voices speaking as one improves the likelihood of effecting positive change in society and of being heard by those who can influence change, FMSI works with other NGOs, networks, coalitions and groups which share our objectives and values.

These partnerships aim to:

FMSI has always been committed to raising the level of awareness of human rights and more specifically the rights of the child. Its objective is stirring consciousness and stimulating awareness regarding the issues affecting all adults and children.

Several types of formation sessions and workshops were aimed at reaching the largest possible audience. The formation content refers to international tools for the protection of human rights and the obligations these represent for Nations. FMSI has managed to have children hold a privileged position in all formation actions by focusing on their rights and especially on those with a higher risk of being violated. It relied on children’s rights to: