Zain Chaudry and Brendan Pospischil, are two students from Parramatta Marist High School who addressed the 47th session of the Human Rights Council of the United Nations (UN), calling out Australia’s approach to climate change, and its treatment of refugees.

Can you tell us something about the experience with the 47th Human Rights Council meeting? How important was it to have the chance to speak up for human rights?

Zain:“Being able to play such a role as we did at the 47th Session of the UN Human Rights Council was an incredibly unique and amazing opportunity. As young people, it isn’t often that we have the opportunity to have our voices heard on such a huge sale with real, observable impacts. It is incredibly important for us to not only be aware of the human rights issues around the world but do what we can to bring attention to them and hopefully solve them. This is even more important to us as many of the changes we want to see happen directly impact our future and the world that we will inherit. 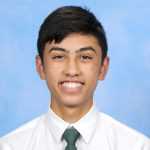 At first, the process was very overwhelming, being taught about the UPR process which was completely new to us, as well as having to pick a few of many human rights issues that we were going to dedicate ourselves to. As the preparation process continued, we realized just how much of a role we played and how loud our voices truly were. After weeks of preparation and practice, we finally arrived at our presentations to Permanent Missions around the world and educated them about the human rights issues in Australia that we chose to focus on. Although incredibly daunting, we were extremely surprised at just how many government representatives and ambassadors were interested in what we, students from Sydney, had to say about the human rights issues in our country.

Finally, being able to watch the 47th Session of the UN Human Rights Council and hearing some of our recommendations being presented was an incredibly rewarding experience for all of us, being proudly able to say that we played a part in the upholding of human rights in Australia. As a group, we are incredibly thankful to FMSI and everyone involved who showed us just how loud our young voices are and hope we can continue to be advocates for those whose voices are unheard”.

We were quite impressed to hear Brendan saying, “It is essential to ensure the enjoyment of human rights for all, and even more so for our older persons”. Why the older persons in particular, can you tell us a bit more of what happened in Australia? 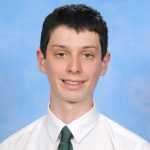 Brendan: The speech that you reference was given to a panel of the UN HRC that was specifically addressing the unique impact of climate change on older people. The reason why older people need special attention in regards to climate change is that they are especially vulnerable to extreme weather events such as floods, bushfires, droughts, storms, etc that are made worse by climate change. This is because older persons tend to be less physically mobile than younger people, and may not be able to, say, build a wall of sandbags outside their house before a flood, clear out flammable material near their property before a bushfire, or clean up after a violent storm that caused a tree to fall on their driveway, which all need to be done either to protect their property, or bring it back to a liveable state. Not only are older persons less physically able to prepare for and clean up after extreme weather, they are also more susceptible due to their advanced age and likely underlying health conditions, such as being more likely to experience heat stress or dehydration on a hot day. It is for reasons such as these that we must ensure that our older persons are taken care of and protected against the impending effects of climate change, and we commend the UN HRC for their focus on this issue.

The principle of intergenerational equity states that every generation holds the Earth in common with members of the present generation and with other generations, past and future.  What does this sentence mean to you and how do you think we are going in taking care of our planet? What more do you think that we could be doing?

Brendan: Each generation is placed in partial control of the Earth, and as modern technology has allowed higher leverage of human labour, the impact that each generation can make for good or evil has grown. Our generation is no exception, we are growing up in a world that desperately needs our careful care and attention, but we also come prepared with decades of climate science and research into clean energy that enables us to make the changes that we must.

I personally believe that humanity is currently not doing anywhere near enough to take care of the planet, and my generation finds itself in a fairly unique place where we will be growing up right at a crucial point in our climate’s history. If the right actions are taken, and taken fast enough, then we may live to give our grandkids a planet like the one that our grandparents were given. This is due to the fact that climate change has progressed so far that even the most drastic actions will take decades to fully take effect, and the climate will inevitably get worse before it gets better.

If our generation takes the wrong actions, then the compounding effects of climate change (such as melting ice caps increasing the surface area for heat to be absorbed into the ocean, melting more ice), may become too intense and the world will truly face a climate disaster, one that will persist for centuries.

My participation in the UPR process was focused on climate change, and while there are other issues in relation to the earth’s environment (such as a loss of forests for farming despite humans having plenty of food and farmland), I believe that climate change is the most important, fundamental problem.

The simple fact is that humanity is not taking very good care of the planet, due to the reliance of most of our society and economy on non-renewable fossil fuels, which causes climate change. The conceptually simple, yet practically incredibly complex actions that we must all take is to completely and totally remove our reliance on fossil fuels to power our society.

The end of modern slavery in the tea gardens of Bangladesh

A Revolution for Solidarity