The majority of rural areas in Malawi are not easily accessible due to the poor condition of roads. This, along with poor access to media, limits the ability to receive useful information for the vast majority of the population who, therefore, remain more exposed to COVID-19 infection.

Since the lockdown began, many women and girls have experienced more violence and abuse with serious consequences for their lives. It is estimated that reported cases alone have exceeded 150 percent over the previous year while early marriages have doubled in many parts of the country. In addition, the situation has dramatically worsened due to the closure of schools and the increased poverty of families due to the disruption of economic activities as a result of the pandemic. Many girls, because they had discontinued their studies, were forcibly married off as a remedy to family poverty. Others were abused in exchange for basic necessities for their survival. Many others became pregnant without a prospect for themselves and their child.

On the educational side, the distance schooling programs organized by the government have been aimed only at formal school students, but not at those attending schools for remedial schooling programs and informal education. Many of the children and youth, not even having computer means and internet connection, could not have access to classes with the risk of dropping out of school.

With funding from Manos Unidas and through the Focsiv-Caritas Campaign, FMSI and the Marist Brothers of Malawi promoted a program divided into various aspects:

To adequately inform the rural population of Likuni and Balaka about Covid 19, the project supported an information campaign through various communication channels such as putting up posters, organizing itinerant visits to communities, and meetings with community leaders. The campaign ensured that correct information about COVID-19 reached the local population and encouraged people to take appropriate prevention measures.

Along with the campaign against Covid, awareness-raising activities against gender-based violence, early marriage, and school dropout were carried out in communities through radio messages, posting of posters in strategic places, meetings with community leaders and local authorities, and training of students to raise awareness among their peers. Members of local women’s empowerment groups – Girls Empowerment Clubs and Mother Group – participated as facilitators. The project also provided 18 scholarships for girls who had dropped out of school, at risk of early marriage, and pregnant in need. To ensure that students at Marist Open informal schools in Likuni and Balaka could continue their education and not drop out, the project also funded an online learning and virtual library system through the use of cell phones.

The project aims at preventing the spread of Covid 19 and the negative effects of the lockdown, such as gender-based violence and children dropping out of school, through communication and awareness campaigns, online learning support and scholarships for girls in special need. 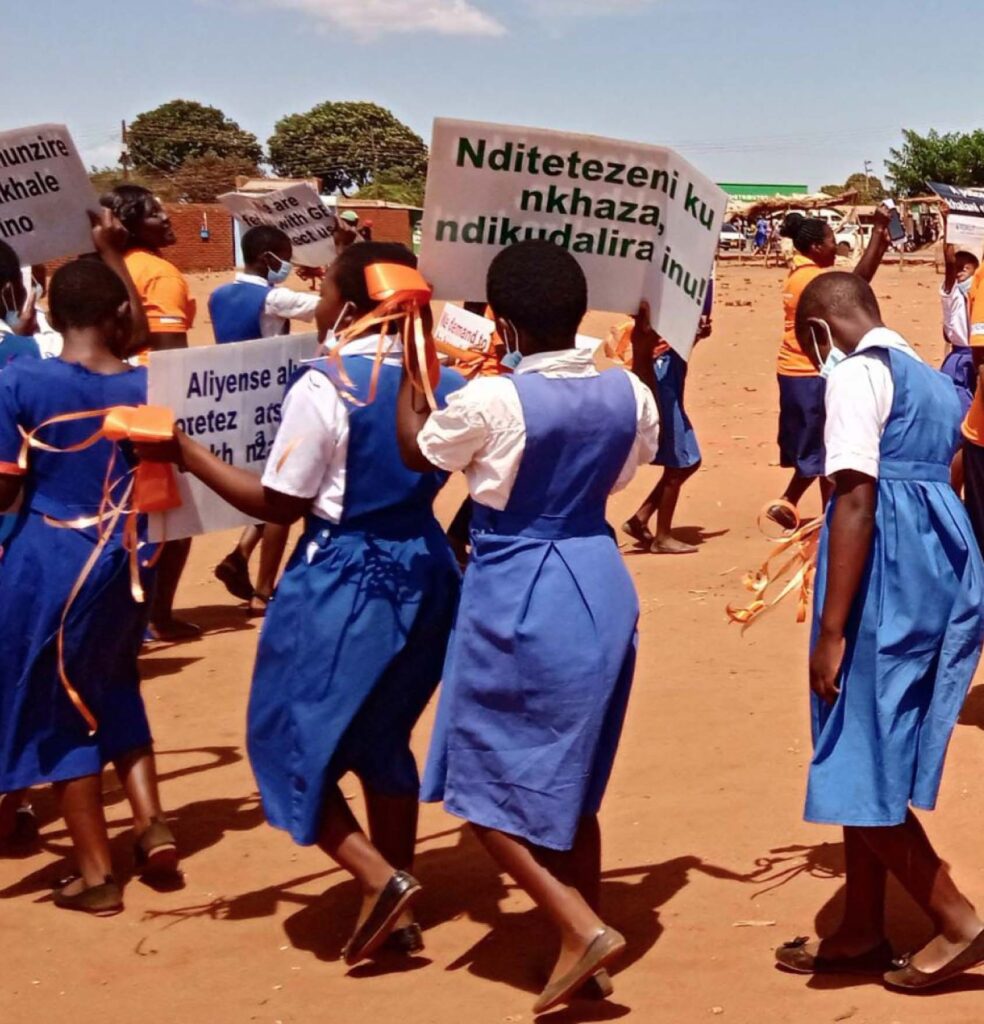