The community in which St. Paul Pre-school is located is characterized by a high percentage of people who are unemployed or make a living from odd jobs (selling charcoal, small-scale fishing, agricultural work), widespread poverty and illiteracy, high numbers of early marriages and pregnancies, and a high prevalence of HIV that leaves many children without parents. St. Paul Mulungushi Pre-school is the only preschool in the area, which consists of 8 villages some up to 15 km away from the school. Founded in 2001 by the Little Sisters Servants of Mary Immaculate with the goal of helping orphaned and vulnerable children through education, the school now has 231 pupils, boys and girls, to whom it provides free educational support. The teachers are volunteers and Sister Elizabeth, of the Little Servants of Mary Immaculate, is the school’s director. Orphaned and vulnerable children are referred by the communities themselves through village leaders. Once the children are identified, the Sisters visit the villages and the children’s families to verify their conditions and ask the family or guardian relatives of the orphaned children to sign a pledge so that the children can attend St. Paul Pre-school. Every day the school has to deal with limited resources, lack of desks for all and play facilities.

The purpose of the project is to improve the educational activities of St. Paul Pre-school through the purchase of new desks, blackboards and playground equipment. Before the project was implemented, the school had only 68 desks and chairs for 231 pupils, and 163 children were forced to attend classes sitting on the floor. Only children who lived closer to the school and arrived earlier were allowed to sit on the desks, thus excluding others. Due to the lack of blackboards, teachers were forced to have the children crammed into the only two classrooms that had them, making it very difficult for the children to follow the lessons. Thanks to the purchase of desks and blackboards, St. Paul Pre-school pupils can now attend classes divided into multiple classrooms, while also being able to comply with anti-covid spacing, and can play with the new equipment. This will enhance their learning and their experience of the school that will serve them well for life and to enter elementary school prepared at the same level as children with greater economic means.

The project supported the purchasing of educational and play equipment for the St. Paul Mulungushi kindergarten, Kabwe area, Zambia. 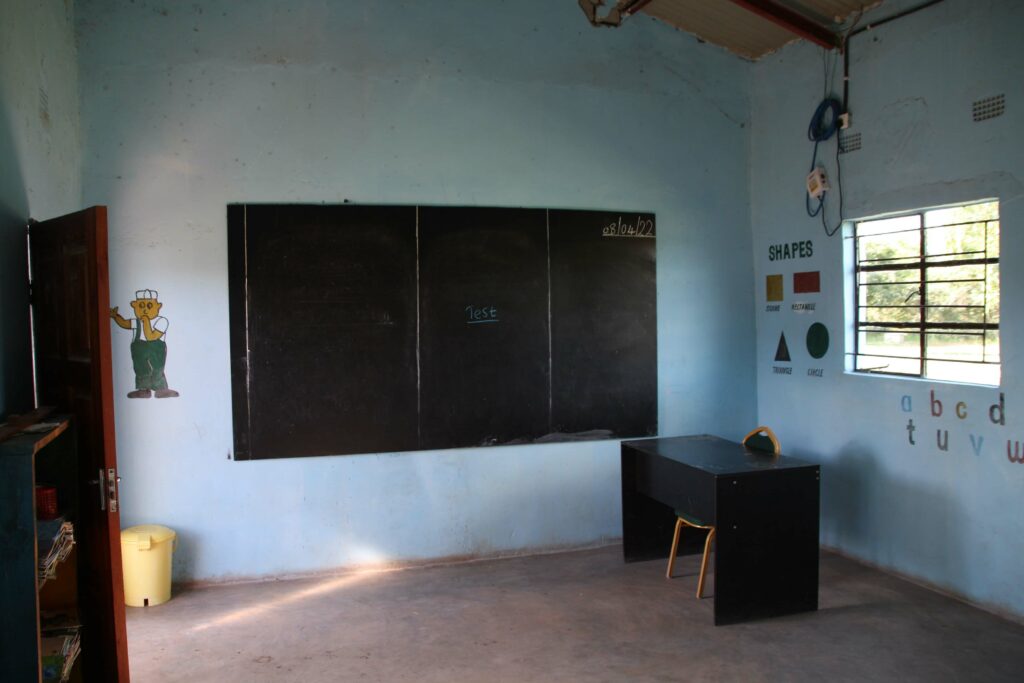