We live in a country, Italy, which while guaranteeing in its Constitution the principle of equality, has seen about 50 women killed by their partners, husbands, boyfriends, ex-partners and so on , in 2021 alone. This goes to show an absolute truth: the image of the female is still inextricably linked to the idea of possession, domination, prevarication, even in our country.

This premise is useful when considering the issue faced by Afghan women since last August with greater awareness since we cannot pretend to be innocent ourselves. 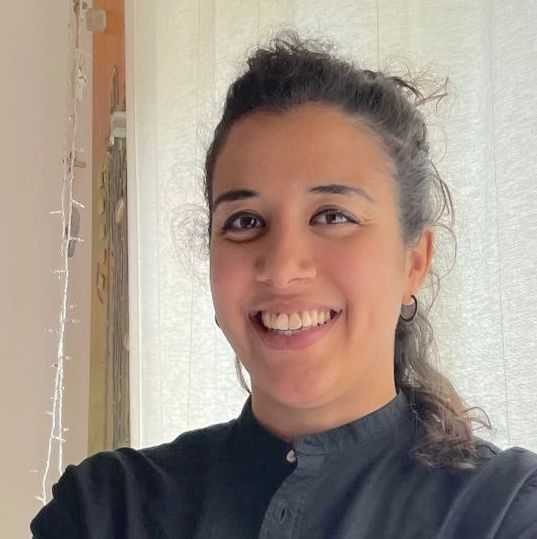 The geographical location of Afghanistan has meant that this place has been continuously criss-crossed by people of different ethnic groups, faiths and cultures. It is a territory that has always been divided in terms of its social, cultural, ethnic and religious composition and the geography of the territory has always favored this partitioning. Add to this the fact that neighboring empires, and in modern and contemporary times European and regional powers, have always chosen to support one or the other group for geopolitical interests and obvious ethnic and religious considerations. It is in this framework that in the 1990s the Taliban (students of madrasas) imposed themselves, so called because the leaders of this movement emerged from the Koranic schools in the north-west of Pakistan. They studied in environments influenced by a rigid and rigorous interpretation of the Koran.

Thus, between 1994 and 2001, the Taliban managed to conquer about 90 percent of Afghan territory but failed to control the northeast, including the Panjshir Valley – majority-populated by Tajiks, an ethnolinguistic minority that, along with the Hazaras, is at greater risk of falling under Taliban control today.

After 20 years of American occupation, the Taliban have not changed, but Afghanistan has, at least as far as the population of the cities is concerned.

The Taliban of 2021 can certainly terrorize Afghans but not take them by storm. The whole population, especially the women, are fully aware of their rights and they are proving it in all the demonstrations in the streets day after day.

The first measures were against women: prohibition to play sports; distinction of male classes from female classes in schools; obligation for women to wear the niqab (full veil that leaves open a slit at eye level) to go to university; obligation to be accompanied by a male member of the family (mahram) to go out and the absolute prohibition to work except in situations where they cannot be replaced by men, for example: cleaning female toilets.

On September 12, the Taliban minister for Higher Education, Abdul Baqi Haqqani, announced that women would be allowed to study in universities and postgraduate programs, although he later clarified, “We will not allow male and female students to study in the same class. Mixed classes go against the provisions of sharia,” Islamic law. During the last Taliban government (1996 – 2001), girls’ schools were closed and women were prohibited from working. Afghani women walking alone in public spaces often reported being assaulted. Taliban fundamentalists are again imposing their strict interpretation of sharia law, including a conservative dress code and public executions for moral violations. The Ministry of Women in Afghanistan has also been transformed into the Ministry of Prevention of Vices and Promotion of Virtues.

So, no restraint, on the part of the Taliban. Women return to the darkness, they become invisible once again. Once again, they are the easiest prey on which to exercise Taliban power, in a distressing repetition of History. Yes, because we can trace a parallel history to what is written about in books, the history of violence against women.

Violence against women is understood as a structure that makes the physical, psychological, economic or moral integrity of women vulnerable. This arises mainly in patriarchal cultures, where the aim is to gain control through the domination of women. It has always been a clear example of the principles of the concepts of inequality, discrimination and subordination. In short, women are victims of violence simply because they are women.

It is clear that the history of gender-based violence has not yet been written. Without a doubt, however, complaints and testimonies are increasing more and more, moving from almost silence to a fairly large visibility.

The existence of a specific form of violence against women, for the simple fact of being women, has its very origin in their own secondary role that has been assigned to them historically and that, to a large extent, continues today. Discrimination that is present in every imaginable social field: at work, at home, in public, private and political life. It is obvious that gender inequalities are cultural constructions that can be maintained over time but can also evolve through a process of cultural transformation and advances in education, depending on the opportunities and context in which humans develop. Such inequality is clearly a situation that is aggravated in times of major conflicts and moments of war where sexual violence against women becomes a real strategy to attack, humiliate and despise the enemy.

In this sense, the feminine is perceived as “the other “, different to oneself, represented by what Simone de Beauvoir (1949) called “The second sex“. It is not only perceived as different but as inferior and therefore unequal, devalued and excluded. In the gender system, woman is defined as what is different from man, as what is “not man”.  Men are often defined in terms of status, for example, in terms of work or personal achievement, while women are identified in their relationships with men in terms of their position in kinship systems: mother, wife, sister, or daughter.

One of the most serious and most penalizing discriminations is that related to education.

While it is true that both males and females often have to overcome obstacles in accessing education, it is also true, as a rule and other factors being equal, that the obstacles faced by a girl child are more frequent and penalizing.

The main cause of girls’ exclusion from school is gender discrimination. According to UNICEF, of the approximately 121 million children who have never had the opportunity to attend school, 65 million (54%) are girls.

Obstacles to female schooling stem from discrimination and prejudices deeply rooted in many cultures: two-thirds of the 875 million illiterate adults in the world are women, a sign that in the recent past girls went to school even less often than today. Women’s education brings countless benefits, both to the individual concerned and to society as a whole. Educated women are able to avoid early pregnancies and HIV risk behaviors. In many cases, a classroom is the only safe place for a teenage girl.

Education is the best means of promoting gender equality: ensuring equal opportunity where education begins is the first step in achieving this goal!

At the moment, the only gender equality in Afghanistan is that of the possibility of being massacred, equally, during demonstrations against the Taliban.

This is why the Afghan situation must be carefully monitored, so that women are not excluded from schools and universities, where they have already been rendered invisible anyway.

Child rights and rights of the future generations: intergenerational solidarity