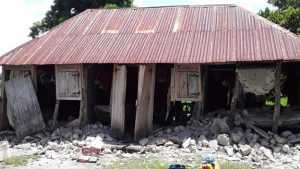 On 14 August, a terrible earthquake shook Haiti again, with an even stronger magnitude than that of 2010, leaving behind new poverty and destruction. The area affected was Grand’Anse, where there are Marist communities and schools. The Brothers immediately took action to help the population. Many of the local families have had their homes destroyed or seriously damaged and need food assistance to live.

At the moment 145 families in particular need have been identified – a total of 580 people – who, with the support of FMSI in collaboration with Maristen Solidarität International (Germany) and the Mediterranean Marist Province, will receive food items for a period of one month. The Brothers of Haiti will distribute and monitor the families at Dame Marie, Les Cayes, Latiboliere. 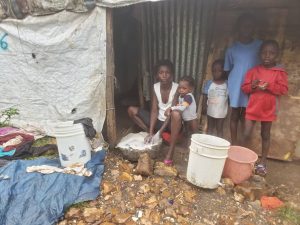 Some of the displaced families are housed in Marist structures or in the immediate vicinity: 35 of them live inside the Alexandre Dumas College in Latiboliere, while others are settled around the Marist houses of Jeremie and Dame Marie. There are also families of Marist schools’ pupils who live with relatives or nearby families. Finally, 50 families belong to an isolated community, accessible only on foot, which has been left out of aid by the government or other organisations.

The assistance includes the distribution of parcels containing basic necessities such as rice, pasta, oil, tinned food and the provision of personal hygiene items.

The project is in synergy with the support campaign for the people of Haiti launched and coordinated by the Marists of Central Mexico.

A Revolution for Solidarity

Fundacion Gesta denounces the murder of a child