The project was set up to combat the spread of COVID 19 in the communities of Likuni and Balaka, Malawi, and the increased phenomena during the period of isolation and economic crisis caused by the pandemic, such as gender-based violence, early marriages and pregnancies, and school drop-outs, particularly among girls.

Our intervention has been based around three main actions:

1. An in-person communication campaign to inform the rural population about the virus, in order to ensure adequate personal and community prevention measures.  Many rural areas are not easily accessible due to bad roads and the population has limited access to internet and mobile phones, receiving little information and being vulnerable to the spread of the virus.

2. A community awareness programme against gender-based violence and early marriage, using posters, radio messages, and the involvement of community leaders. The pandemic has had a disproportionate impact on the lives of women in Malawi, and early marriages have almost doubled due to school closures and increasing family poverty.

3. A distance learning system for students in informal and remedial courses and on scholarships, particularly the girls, to combat their dropping out of school. 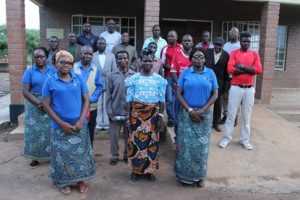 The activities were carried out in collaboration with the Girls Club and local mothers’ groups and were made possible thanks to co-financing from the NGO Manos Unidas and the FOCSIV – Caritas Campaign “Give us today our daily bread – in solidarity with the least favoured”. Thanks to the scholarships, several girls who had already dropped out of school have now resumed their studies.

The project sheet can be found here.

Income-generating activities for schools in Africa

The loneliness of the children Rohinga, 6000 have no family