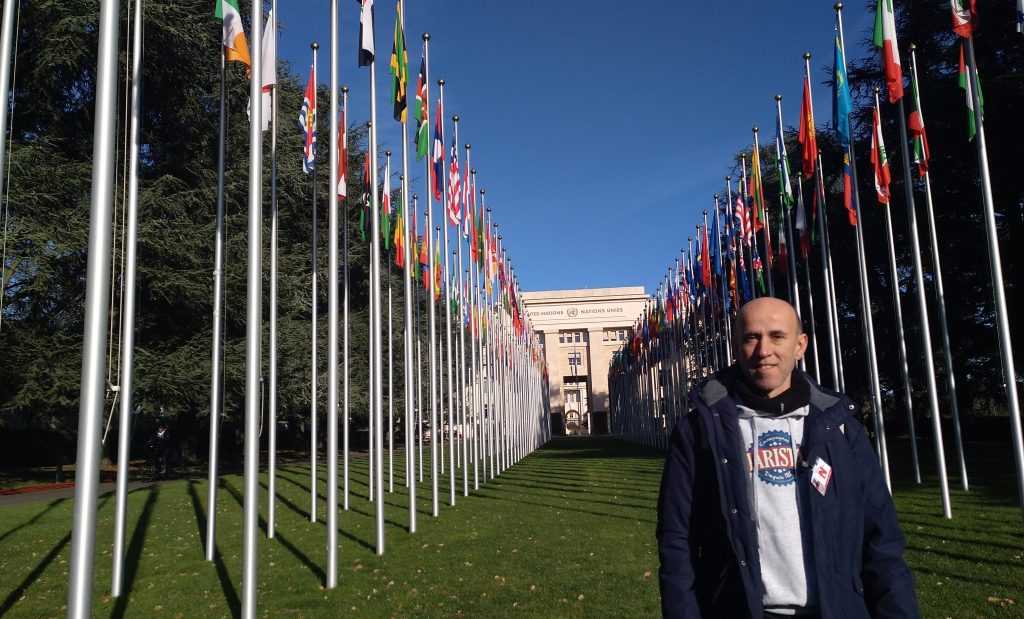 In 1945 the “United Nations” was officially born. An organisation that had already been in the making for years. World War II was ending, and many countries were discovering the need to seek peace. A peace that would be lasting.

In that now distant year of 1945, a group of fifty countries met to draw up the UN Charter, by which the signatory countries became part of this organisation, with the main objective of preventing another world war from taking place.

We all know how the United Nations, over all these years, has been committed to working to maintain peace, security, provide humanitarian aid, protect rights.

In recent years, the United Nations has also been promoting the care of our planet, in this case through the Sustainable Development Goals for 2030. Not only do they wish to ensure peace, security and the rights of all people, but they also wish to care for the planet, in order to care for those who suffer most from the consequences of climate change.

As Marists of Champagnat, we too are present at the United Nations, through FMSI. The Foundation obtained the ECOSOC certification, granted by the United Nations to a number of civil society organisations that play a significant role in the work for Human Rights. This allows FMSI to have a voice at the UN through various mechanisms of participation: UPR elaboration, participation in the Day of General Discussion, participation in the Human Rights Council…This also allows us to be present in several think tanks and advocacy groups at regional level and in different countries.

Many lay people and brothers and sisters are working in favour of human rights, especially children’s rights. Alliances have been established with other organisations, from civil society and the Church, which facilitate a greater presence in the defence of rights, as well as giving greater weight to our postulates.

FMSI and the Solidarity Secretariat, as well as the General Administration, are committed to continue working in the defence of Human Rights, particularly those of children and young people. To this end, projects are being developed which combine political action at the level of the United Nations and concrete actions in some of the countries where Marist Brothers are present. The projects in Papua New Guinea and Bolivia, which are in full development at the moment, are interesting in this respect.

The United Nations, and the mechanisms of participation that they offer, help us to take steps in what the last General Chapter asked of us, creating bridges, strengthening our global family, from the firm commitment “in the promotion and defence of the rights of children”.

At the UN we have the opportunity to continue working on behalf of the most needy children and young people in our world, defending their rights, promoting the dignity of each person and the care of our common home.

Thank you to all those brothers and sisters, lay women and men, who are already engaged in your life and mission.

The Convention on the Rights of the Child