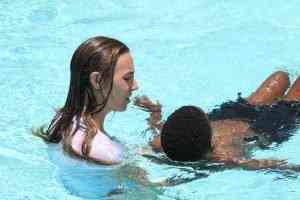 says Sofia Basile, a young volunteer who, thanks to the Marist General House and FMSI, worked for the project Three2Six.
Due to the conflicts in Central Africa, many people have fled to South Africa, willing to begin a new life. Children have fled too, alone or with their families, and are living, impoverished and uprooted, in a country with no prospect of education or other children rights. The Marist Sacred Heart College in Johannesburg opened its door to these kids, giving them the chance to study (from 3 to 6) in order to catch up with their peers once they get all their papers and can go to a public school.

Sofia spent two months in Johannesburg, from October to December 2018, and she recalls her experience as follows:
“Thanks to my volunteering at the Marist General House in Rome, and with FMSI, I had the chance to live one of the best experiences of my life so far. I flew to Johannesburg in October to help out with the Three2Six project. It was established in 2008 and it is important because it takes care of the refugee children giving them an education and stimulating their creativity with other activities.

On my first day, the Sacred Heart Principal introduced me to the school staff and the other international volunteers.
During my stay I had two main tasks to carry out:  for the first month, I attended the Observatory Girls School, where I helped out Mr. Chapepa, responsible for the school library, while in the afternoon I assisted the teachers with the lessons.
From 3 to 6pm, I had the chance to interact with the children, with whom I interacted since day one. They are used to have volunteers around, but they love each of us in a different way, and this makes them absolutely unique.
During these hours, kids study Life Skills, Mathematics, English, play together and get a snack.

My second task was to organize the Holiday Program: two weeks to play sports, get to know science and art. All these subjects were taught free of charge by many people with expertise in the related field, or by Australian volunteers or former Three2Six students.
To engage Three2Six alumni is fundamental, because no one more than them can understand the struggle these children are experiencing.

Going so far from home was challenging, but the beauty I have seen and the love I have received paid back all the difficulties and the fatigue.
The Marists there are a fundamental presence for both the educational activities, but also because they help the families: the Brothers are an escape route to what it’s called “the poverty trap”. Culture and education are the key for a fair life, for reaching the dreams of these kids who, despite having experienced more traumas than an old Western person, do not forget to smile and want to make something beautiful out of their lives.

What I would like to say to those who are willing to volunteer internationally is: do not be scared. Our contribution might seem little, but it is still meaningful.
It is hard for me to describe how happy I was when a little girl with learning disabilities managed to write inside the margins of the paper sheet.

I would thank all those who made my experience possible, the people who hosted me in Johannesburg and, last but least, the volunteers who were to me like brothers and sisters”.

Marist Mercy Care: the center that takes care of children in South Africa

Supporting the Fratelli Project in Lebanon